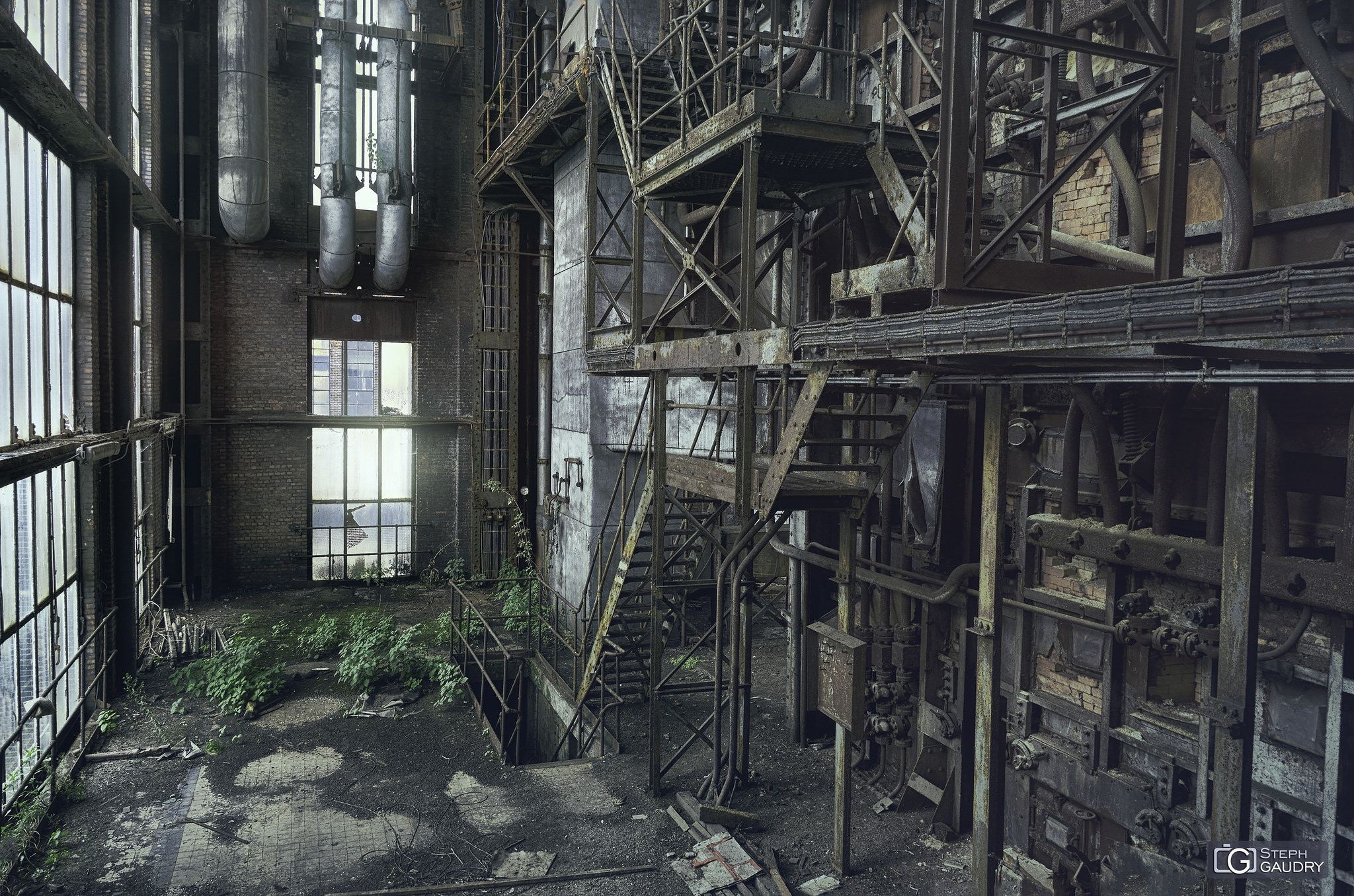 The base herb. Heals a small amount of health.
It will restore health by one rating (yellow caution to Fine, etc.). It can be combined with any of the other herbs, though only three herbs of any type can be combined at once. When the user is in danger or critical health level, a single green herb by itself will be much more effective than it would be otherwise sending the user back to Yellow Caution.

ECVB
The past times…
Build in the beginning of the 20th century, the domain contained the power station, administrative buildings, official residences and green spaces.
The powerplant was build to use coal,oil & gas as fuel.
The electricity production was put to stop in 2001, and the production of steam and hot water for district heating belonged now to the past, after the build of a new powerplant.

A small active part of this almost untouched power station still gives everyday power to some surrounded industries. Since part of the power plant is always active, there are guards and blue-collar workers who work in this place. So the buildings are relatively protected from human degradations. Thus, ECVB (AKA CEFB for Centrales Électriques des Flandres et du Brabant) is a fairly unique in terms of abandoned industry.
However, recently copper thieves are there and destroy this splendid place.

… to the present time
Until now, the only damage here is the result of nature’s efforts to reclaim its territory. Moss infected the turbines and machinery, plants and grass grew from edges of the rusty metalwork.

There are turbines, exhaust pipes, gauges, control rooms, pretty much everything you would expect for an industry urbex. The boilers, turbines, electrical systems and the equipment are still more or less intact, preserved. Besides some rust and peeling paint the station is covered with dust and asbestos. It is enough to a very small effort of imagination to see the blue-collar workers working in this old power plant.

A unique feeling
I particularly like these places haunted by gigantic rusted metal monsters which lead us in the post-apocalyptic universe of comic-strip of Simon Dufleuve or games such as imaginary landscapes Fallout3 or Resident Evil.