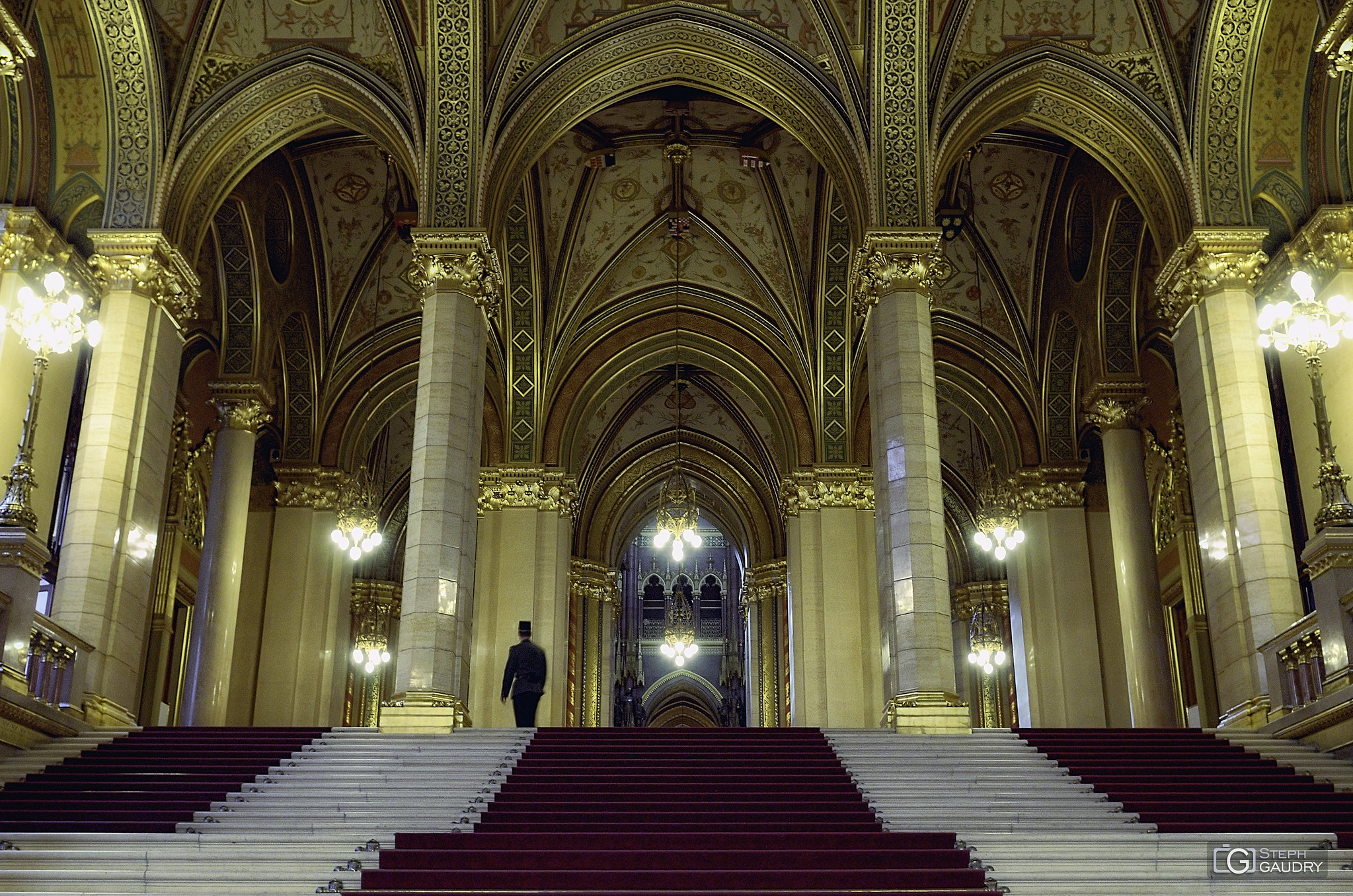 Hungarian Parliament Building
The Hungarian Parliament Building (Hungarian: Országház, which translates to House of the Country or House of the Nation) is the seat of the National Assembly of Hungary, one of Europe's oldest legislative buildings, a notable landmark of Hungary and a popular tourist destination of Budapest. It lies in Lajos Kossuth Square, on the bank of the Danube. It is currently the largest building in Hungary and still the tallest building in Budapest.

History
Budapest was united from three cities in 1873 and seven years later the diet resolved to establish a new, representative Parliament Building, expressing the sovereignty of the nation. An international competition was held, and Imre Steindl emerged as the victor; the plans of two other competitors were later also realized in the form of the Ethnographical Museum and the Hungarian Ministry of Agriculture, both of which face the Parliament Building. Construction from the winning plan was started in 1885 and the building was inaugurated on the 1000th anniversary of the country in 1896, and completed in 1904. (The architect of the building went blind before its completion.)

About one thousand people were involved in construction, during which 40 million bricks, half a million precious stones and 40 kilograms (88 lb) of gold were used. After World War II the diet became single-chambered and today the government uses only a small portion of the building. During the communist regime a red star perched on the top of the dome, but was removed in 1990. Mátyás Szűrös declared the Hungarian Republic from the balcony facing Lajos Kossuth Square on 23 October 1989.