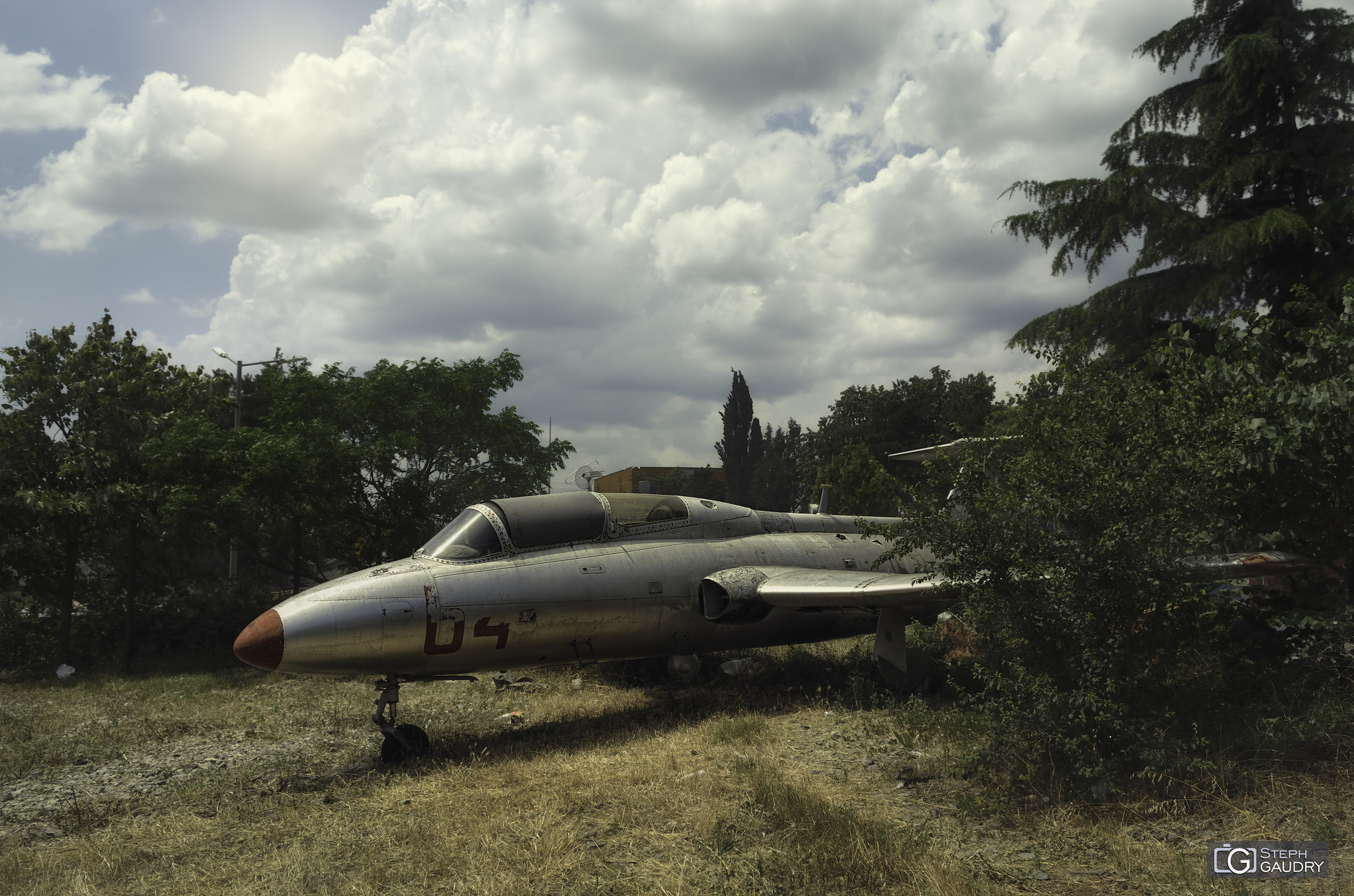 The Aero L-29 Delfín (English: Dolphin, NATO reporting name: Maya) is a military jet trainer aircraft that became the standard jet trainer for the air forces of Warsaw Pact nations in the 1960s. It was Czechoslovakia's first locally designed and built jet aircraft.

The Delfin served in basic, intermediate and weapons training roles. For this latter mission, they were equipped with hardpoints to carry gunpods, bombs or rockets, and thus armed, Egyptian L-29s were sent into combat against Israeli tanks during the Yom Kippur War. The L-29 was supplanted in the inventory of many of its operators by the Aero L-39 Albatros. More than 2,000 L-29s were supplied to the Soviet Air Force, acquiring the NATO reporting name "Maya."

L-29's, along with the newer L-39,were used extensively in ground attack missions in the Nagorno-Karabakh War by Azeri forces. At least 14 were shot down by Armenian air-defences.

As a trainer, the L-29 enabled air forces to adopt an "all-through" training on jet aircraft, replacing earlier piston-engined types.

On July 16, 1975, a Czechoslovak Air Force L-29 shot down a Polish civilian biplane piloted by Dionizy Bielański that was attempting to defect to the West.

abandonne avion machine-volante
Paramètres de langue du site
Si vous préférez continuer sur le site en français, cliquez sur "Annuler". Si vous annulez, ce message n'apparaîtra plus durant la session.
You are on the French version of the site, but your system indicates that you prefer to use the English language.
The entire site is not translated yet, but the menus and buttons on the interface are largely translated.