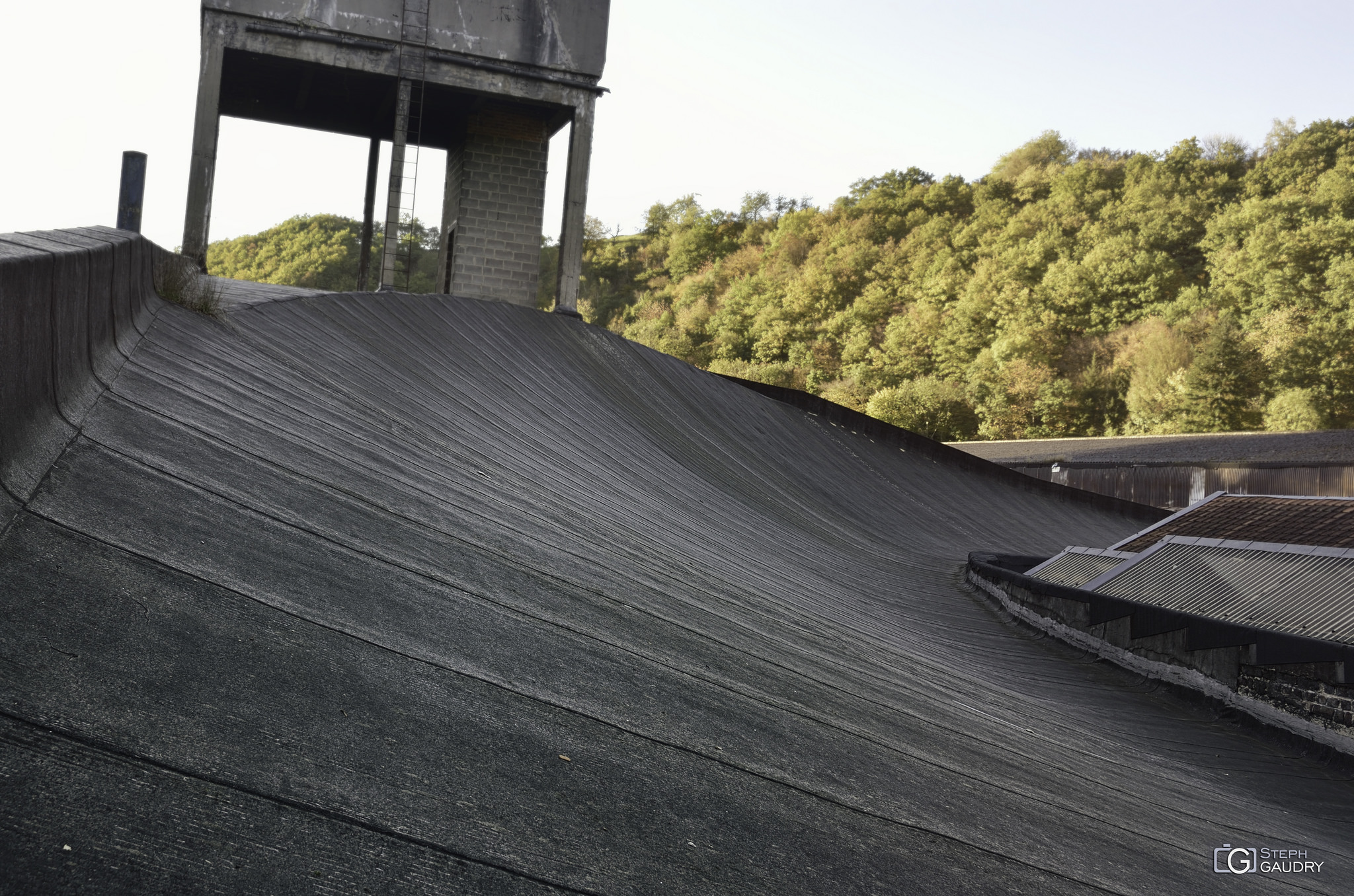 Test road on the roof - back side

The factory producing Impéria-Abadals from about 1916; in 1921, it built three ohc 5·6-liter straight-eights. These were quickly replaced by an ephemeral ohc 3-liter 32-valve four which was capable of going 90 mph (140 km/h). This was followed by an 1100 cc side-valve 11/22 hp four designed by Couchard, one of the first cars ever built with a sunroof. Its engine rotated counter-clockwise, and its transmission brake also served as a servo for those on the front wheels. In 1937 a six of 1624 cc appeared; this had been available in three-carburettor Super Sports form from 1930. Over the course of four years Impéria took over three other Belgian car manufacturers: Métallurgique (1927), Excelsior (1929), and Nagant (1931). From 1934 until the company folded it built mainly front-wheel-drive Adlers with Belgian-made coachwork.
The company merged with Minerva in 1934, but they split in 1939. After 1948 Impéria assembled Adlers and Standard Vanguards under license. After Standard decided to set up a new factory in Belgium, the factory was left without work and had to close doors in 1957.

In 1925, the company hired Louis de Monge as chief research engineer. Some of his work included torsion bar suspension and automatic transmissions. De Monge left in 1937 to join Ettore Bugatti for whom he would design the Bugatti 100P racer plane.

In addition to its production in Belgium, Impéria made a number of cars in Great Britain; these were assembled at a factory in Maidenhead.

Rooftop test track
Around and on top of the factory buildings, there was a test track over 1km long. The track was built in 1928.

The test drivers used the roads of the village, a road with a lot of bends. Speeding and high revving engines made the population mad and they were no longer willing to support the factory.

The only solution was to build a test track within the factory and using the football field of the local football club. The ring started within the factory, then over the roof which gave a track of about one kilometre.
Only Fiat had a similar track.

This little test track became an attraction in the region. A little causeway allowed people to climb onto the nearside hill to watch the spectacle of car testing over the factories roofs.

And now
Now most of the buildings are occupied by a firm of construction, and a few sheds and batiments are so ruined that the roof risks to collapse. There are still two vehicles (under the dust and the building materials), among which one may be an Imperia model.

From Wikipedia, the free encyclopedia.

abandonne imperia industriel on-the-road-again route usine usine-desafectee voiture
Paramètres de langue du site
Si vous préférez continuer sur le site en français, cliquez sur "Annuler". Si vous annulez, ce message n'apparaîtra plus durant la session.
You are on the French version of the site, but your system indicates that you prefer to use the English language.
The entire site is not translated yet, but the menus and buttons on the interface are largely translated.