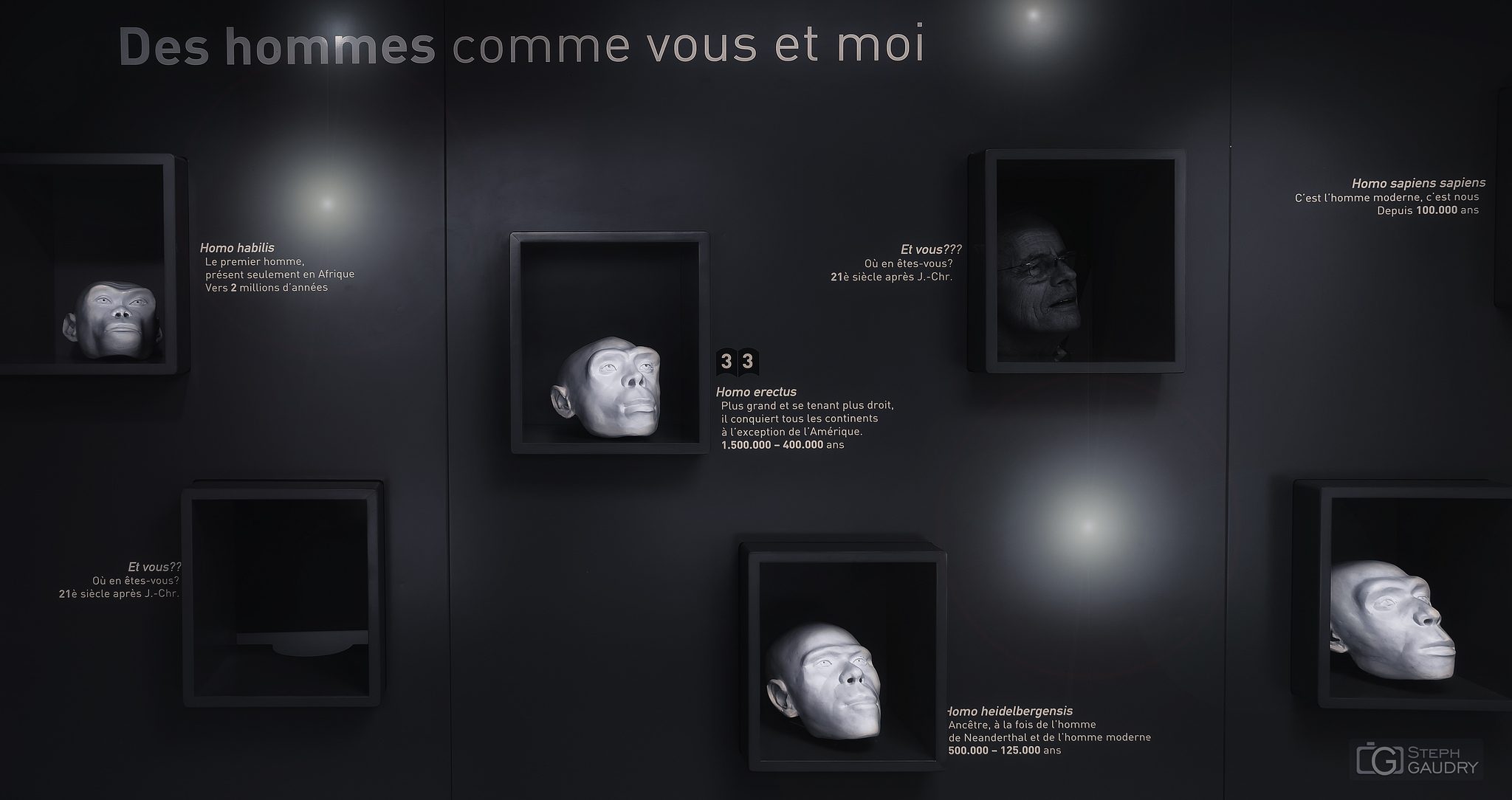 The museum Ramioul:
The museum is designed to encourage visitors not to look at prehistory from the outside but rather to make him live it by experiencing the sensations of prehistoric man.

The exhibition collections refuses to privilege the public scholar, it aims instead to familiarize the visitor with prehistoric life itself rather than with the representation given by the Archaeology. The chronology is not the main theme of the course. The museum is structured according to themes of prehistoric life in order to create a genuine relationship between the daily life of the visitor and that of prehistoric man. For this purpose, the concept expographique refers to his daily life, in a participatory approach and a variety of scenic resources: interactive terminals, multimedia projections, reconstructions, facsimiles to handle, ...

The cave Ramioul:
The cave Ramioul is a treasure of natural heritage and archaeological Walloon. It is a listed site of the Walloon Region. Discoveries that were made and the beauty of its concretions make it unavoidable.

Cave Ramioul extends to within one kilometer of the cave Engis which were discovered in 1829, the first Neanderthal fossils in the world. "Chercheurs de la Wallonie" fought for many years to preserve it, and it narrowly escaped the shots backhoe. Since its inception, Prehistoric - Museum of Prehistory in Wallonia, has made every effort to conserve, preserve and enhance this jewel stone and its biodiversity.

The upper level of the cave has archaeological interest. The terrace was cleared in progressively different excavations. In October 1908, A. Vandebosch and her team of "Chercheurs de la Wallonie" discover the Neolithic ossuary of "triangular cave" that overlooks the terrace of the cave when masked by sediments. Shards of pottery, faunal remains, some stone tools and numerous body parts belonging to seven children and dated + / -2750 years BC have been unearthed. Continued excavations beneath the ossuary and the release of the entry in 1911, leading the researchers to explore the cave itself. It delivers the tools belonging to Palaeolithic industries as well as faunal remains of now extinct species (bear, lion, cave hyaena, wolf, woolly rhinoceros, mammoth).

On the terrace, two archaeological layers were identified. The first was attributed to the Upper Palaeolithic to Aurigacien (+ / - 30000ans BC) and contains various tools slide and faunal remains consumed. The second oldest (+ / - 70000ans BC), contains tools and Middle Paleolithic characteristics attributed to Keilmessergruppen (Neanderthal).

Cave Ramioul contributes to the dialogue between past and present. She is behind the Museum of Prehistory in Wallonia and participates in the ongoing dialogue established between the prehistoric sites of excavation, the archaeological material and the public.

musee personne visage
Paramètres de langue du site
Si vous préférez continuer sur le site en français, cliquez sur "Annuler". Si vous annulez, ce message n'apparaîtra plus durant la session.
You are on the French version of the site, but your system indicates that you prefer to use the English language.
The entire site is not translated yet, but the menus and buttons on the interface are largely translated.