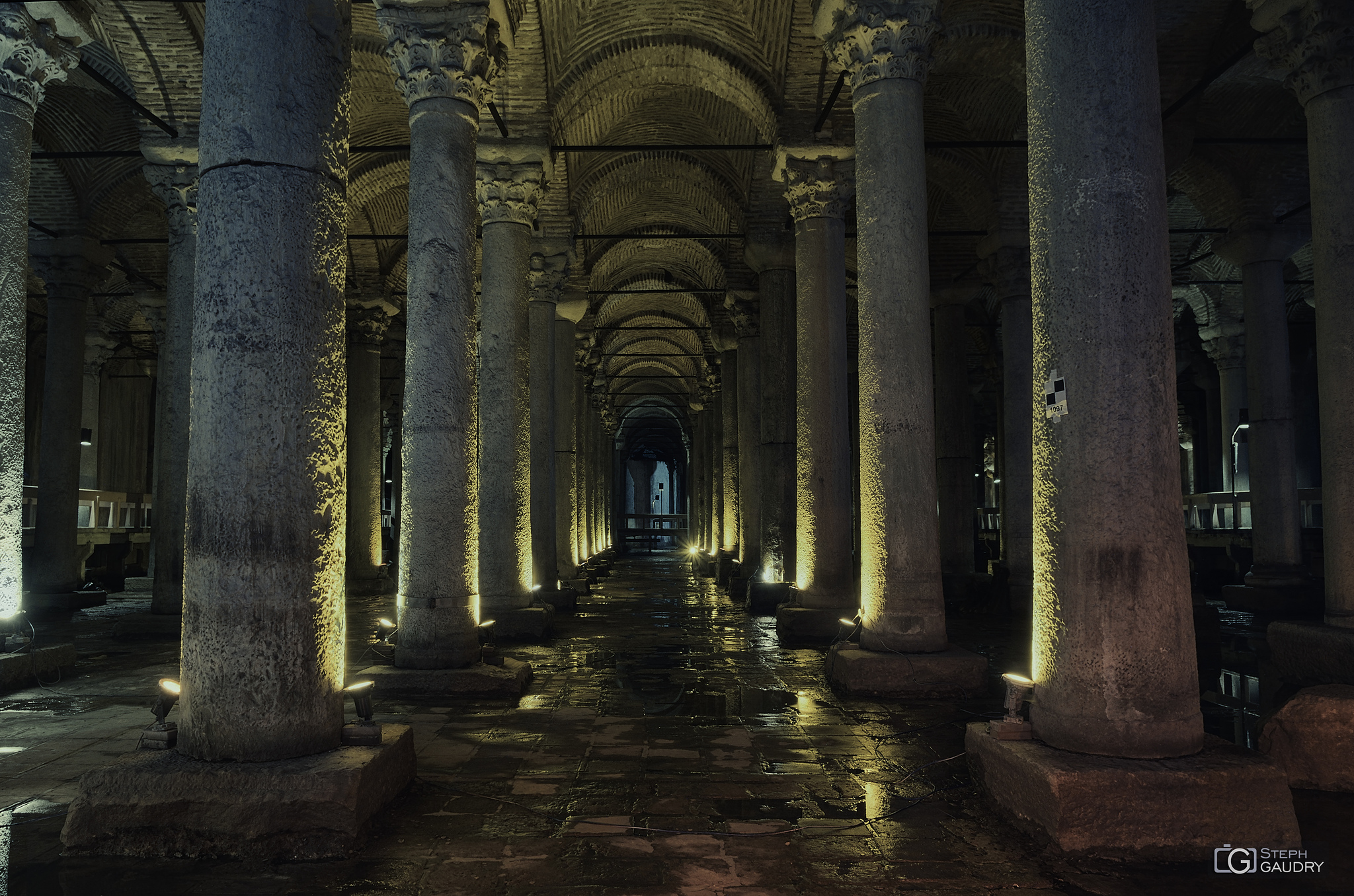 The Basilica Cistern (Turkish: Yerebatan Sarayı - "Sunken Palace", or Yerebatan Sarnıcı - "Sunken Cistern"), is the largest of several hundred ancient cisterns that lie beneath the city of Istanbul (formerly Constantinople), Turkey. The cistern, located 500 feet (150 m) southwest of the Hagia Sophia on the historical peninsula of Sarayburnu, was built in the 6th century during the reign of Byzantine Emperor Justinian I.

History
The name of this subterranean structure derives from a large public square on the First Hill of Constantinople, the Stoa Basilica, beneath which it was originally constructed. Before being converted to a cistern, a great Basilica stood in its place, built between the 3rd and 4th centuries during the Early Roman Age as a commercial, legal and artistic centre. The basilica was reconstructed by Ilius after a fire in 476.

Ancient texts indicated that the basilica contained gardens, surrounded by a colonnade and facing the Church of Hagia Sophia According to ancient historians, Emperor Constantine built a structure that was later rebuilt and enlarged by Emperor Justinian after the Nika riots of 532, which devastated the city.

Historical texts claim that 7,000 slaves were involved in the construction of the cistern.

The enlarged cistern provided a water filtration system for the Great Palace of Constantinople and other buildings on the First Hill, and continued to provide water to the Topkapı Palace after the Ottoman conquest in 1453 and into modern times.

In media
The cistern was used as a location for the 1963 James Bond film From Russia with Love. In the film, it is referred to as being constructed by the Emperor Constantine, with no reference to Justinian. Its location is a considerable distance from the Soviet (now Russian) consulate, which is located in Beyoğlu, the "newer" European section of Istanbul, on the other side of the Golden Horn.

The finale of the 2009 film The International takes place in a fantasy amalgam of the Old City, depicting the Basilica Cistern as lying beneath the Sultan Ahmed Mosque, which, in the film, is directly adjacent to the Süleymaniye Mosque.

In the 2011 video game, Assassin's Creed: Revelations, the player controlled character, Ezio Auditore, is given the chance to explore a section of this cistern in a memory sequence entitled The Yerebatan Cistern.