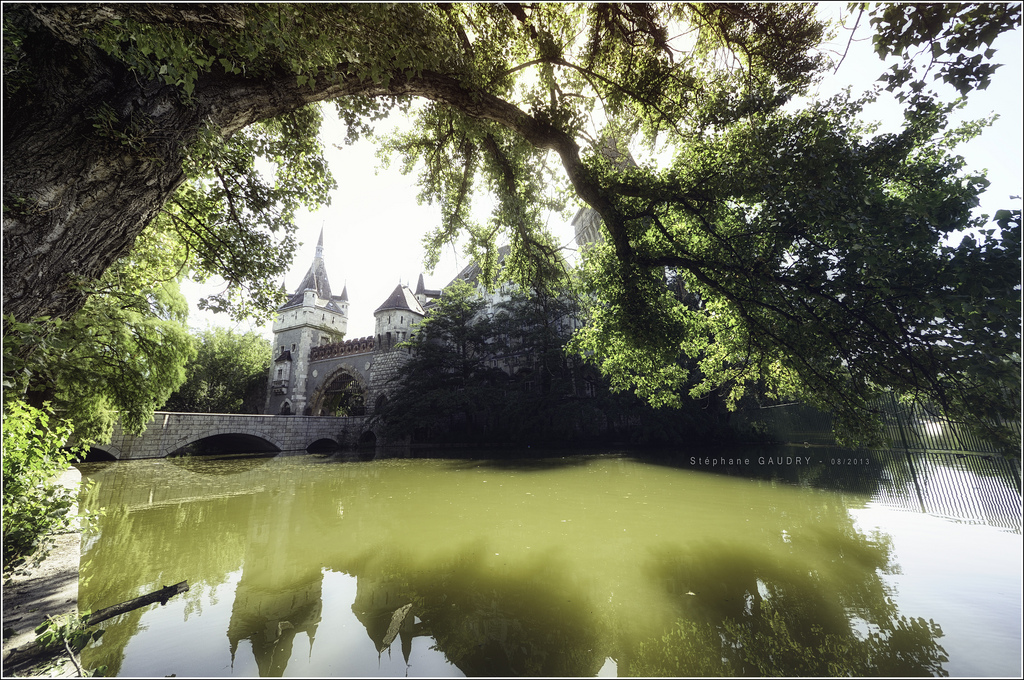 Vajdahunyad Castle
Vajdahunyad Castle (Hungarian: Vajdahunyad vára) is a castle in the City Park of Budapest, Hungary. It was built between 1896 and 1908 as part of the Millennial Exhibition which celebrated the 1000 years of Hungary since the Hungarian Conquest of the Carpathian Basin in 895. The castle was designed by Ignác Alpár to feature copies of several landmark buildings from different parts the Kingdom of Hungary, especially the Hunyad Castle in Transylvania (now in Romania). As the castle contains parts of buildings from various time periods, it displays different architectural styles: Romanesque, Gothic, Renaissance and Baroque. Originally it was made from cardboard and wood, but it became so popular that it was rebuilt from stone and brick between 1904 and 1908. Today it houses the Agricultural Museum of Hungary, the biggest agricultural museum in Europe.

The statue of Anonymus is also displayed in the castle court. Anonymus lived in the 12th century (his true identity is unknown, but he was a notary of Béla III of Hungary), who wrote the chronicle Gesta Hungarorum (Deeds of the Hungarians). The castle also contains a statue of Béla Lugosi.

budapest hongrie
Paramètres de langue du site
Si vous préférez continuer sur le site en français, cliquez sur "Annuler". Si vous annulez, ce message n'apparaîtra plus durant la session.
You are on the French version of the site, but your system indicates that you prefer to use the English language.
The entire site is not translated yet, but the menus and buttons on the interface are largely translated.