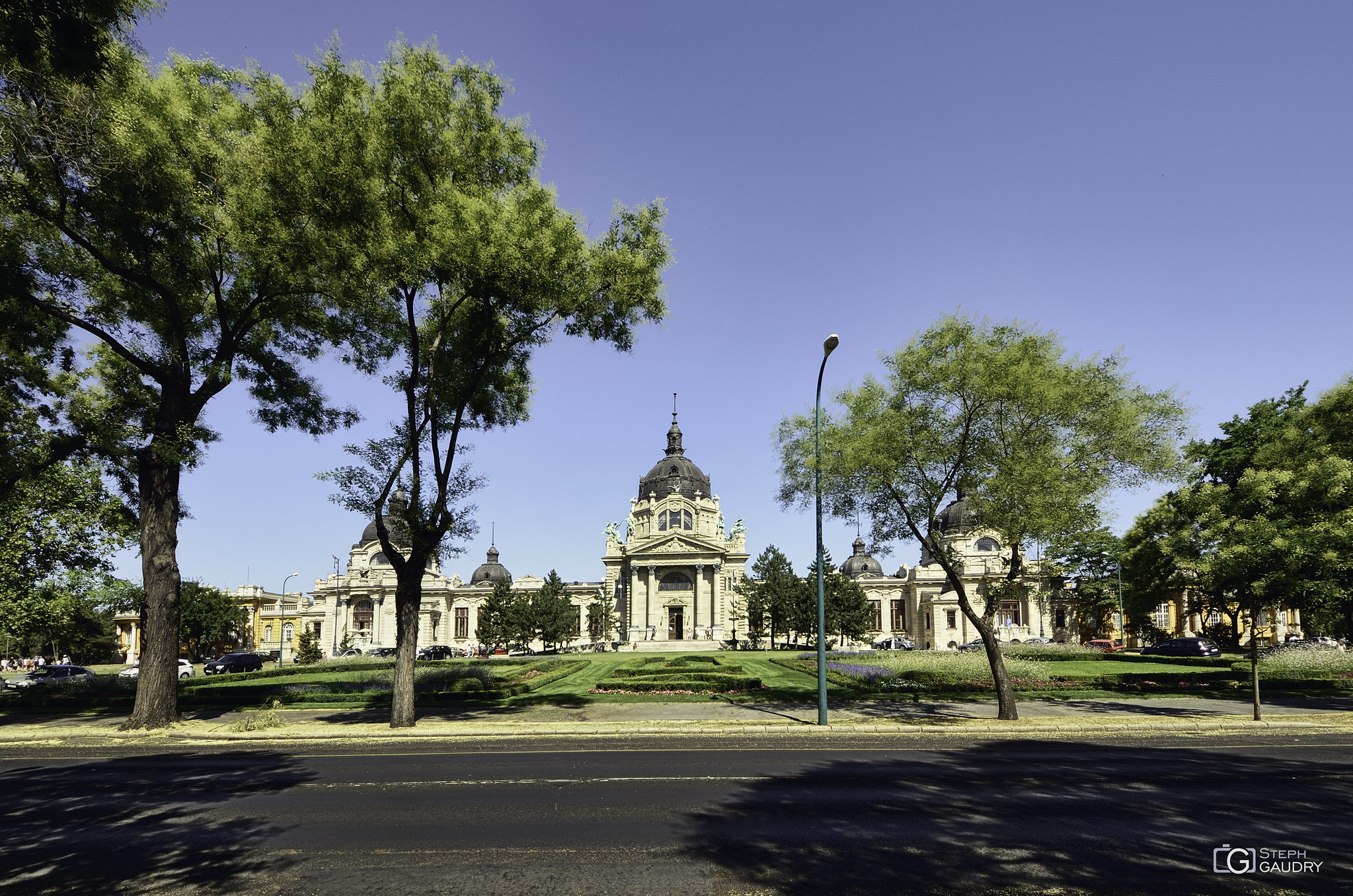 Components of the thermal water include sulphate, calcium, magnesium, bicarbonate and a significant amount of fluoride acid and metaboric acid. Medical indications are on degenerative joint illnesses, chronic and sub-acute joint inflammations, as well as orthopaedic and traumatological post-treatments.

History
The bath can be found in the City Park, and was built in 1913 in Neo-baroque style to the design of Győző Czigler. The construction of the bath began on 7 May 1909. Designed by architect Eugene Schmitterer, The bath, named in the news as the Artesian spa, opened on 16 June 1913. The name of bath had been Széchenyi spa. The pool construction cost approximately 3.9 million Austro-Hungarian korona. The built-up area was 6,220 square meter. The attendance of spa was in excess of 200,000 people in 1913. (This number was already 890,507 in 1919). At that time it had private baths, separate men and women steam-bath sections, and different men / women "public baths". The complex was expanded in 1927, and it still has 3 outdoor and 15 indoor pools. After its expansion, the thermal artesian well could not fulfill its purpose, so a new well was drilled. The second thermal spring was found in 1938. The depth of the thermal spring is 1256m, the temperature is 77 °C and it supplies 6.000.000 litres (1 585 032 US gallons) of hot water daily. Between 1999 and 2009 the full reformation of the Széchenyi thermal bath took place within the confines of a blanket reconstruction.

Main swimming and thermal sections are possible to visit mixed. The bath was named after István Széchenyi.

Units
In the baths there are pools of varying temperature. The outdoor pools (swimming pool, adventure pool and thermal sitting pool) are 27- 38°C. The swimming pool's depth is 0.8 - 1.7 m. The adventure pool's depth is 0.8 m. Guests can use the water streaming, whirlpool and massaging water beamand. The indoor pools are 27°C. The complex also includes saunas and steam. Massage services are available.

budapest hongrie therme therme-szechenyi thermes-szechenyi
Paramètres de langue du site
Si vous préférez continuer sur le site en français, cliquez sur "Annuler". Si vous annulez, ce message n'apparaîtra plus durant la session.
You are on the French version of the site, but your system indicates that you prefer to use the English language.
The entire site is not translated yet, but the menus and buttons on the interface are largely translated.