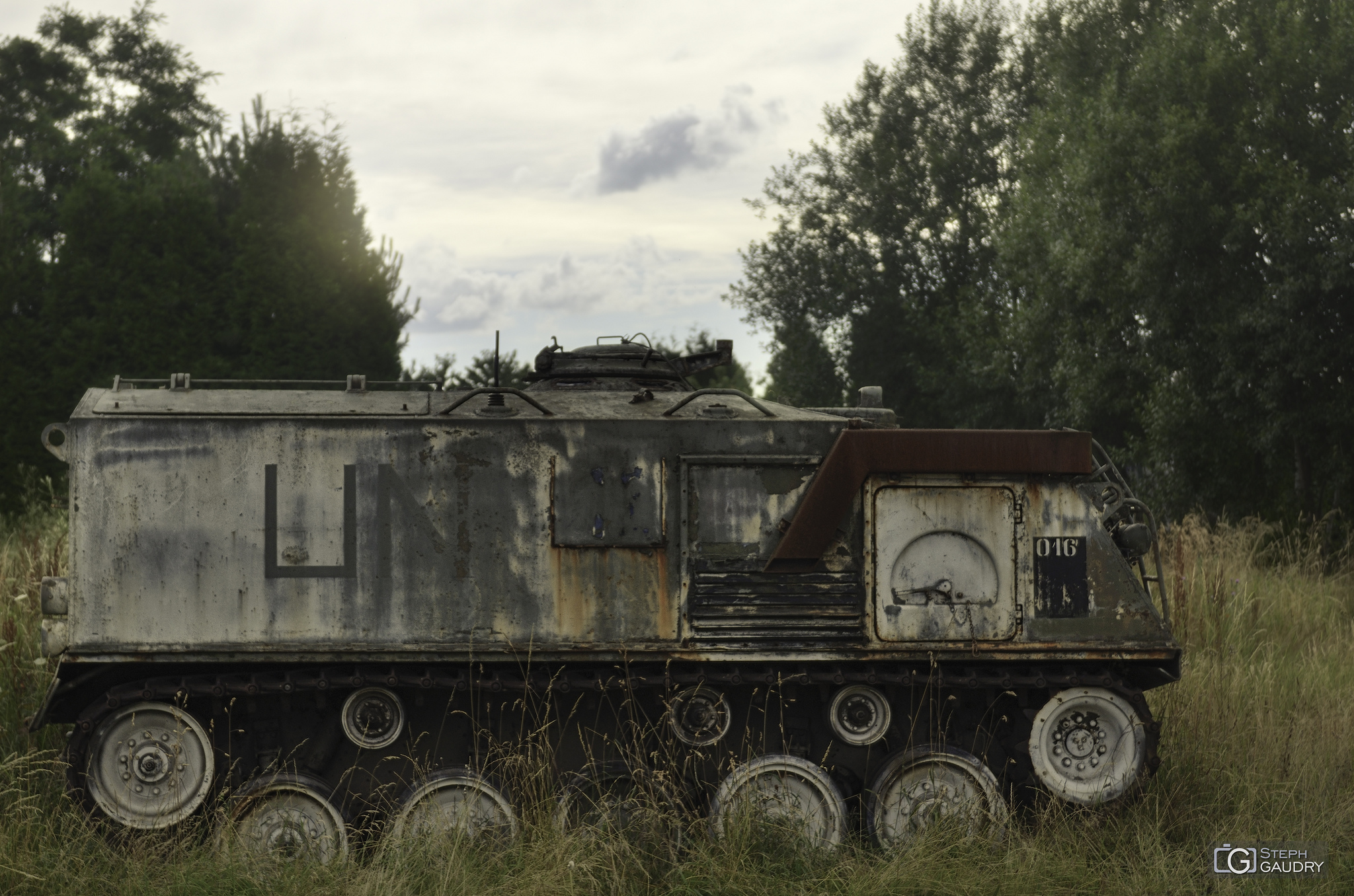 M75, armored personnel carrier
The M75 is an American armored personnel carrier that was produced between December 1952 and February 1954, and saw service in the Korean War. It was replaced in U.S. service by the smaller, cheaper, amphibious M59. The M75s were given as military aid to Belgium, where they were used until the early 1980s. 1,729 M75s were built before production was halted.

The M75 has an almost identical layout to later U.S. armored personnel carriers: the driver sits in the front left of the hull, with the air-cooled six-cylinder horizontally opposed Continental AO-895-4 gasoline engine to his right. The driver is provided with an M19 infra-red night vision periscope in later models and four M17 periscopes. Behind the driver and engine, in the center of the vehicle, sits the commander, who is provided with six vision blocks around his hatch. The commander has a cupola that was normally fitted with an M2 machine gun, for which 1,800 rounds were carried in the vehicle. The infantry sat behind the commander in a large compartment. Additionally, an M20 Super Bazooka was carried along with 10 rockets, and 180 rounds of ammunition for an M1 or M2 carbine.