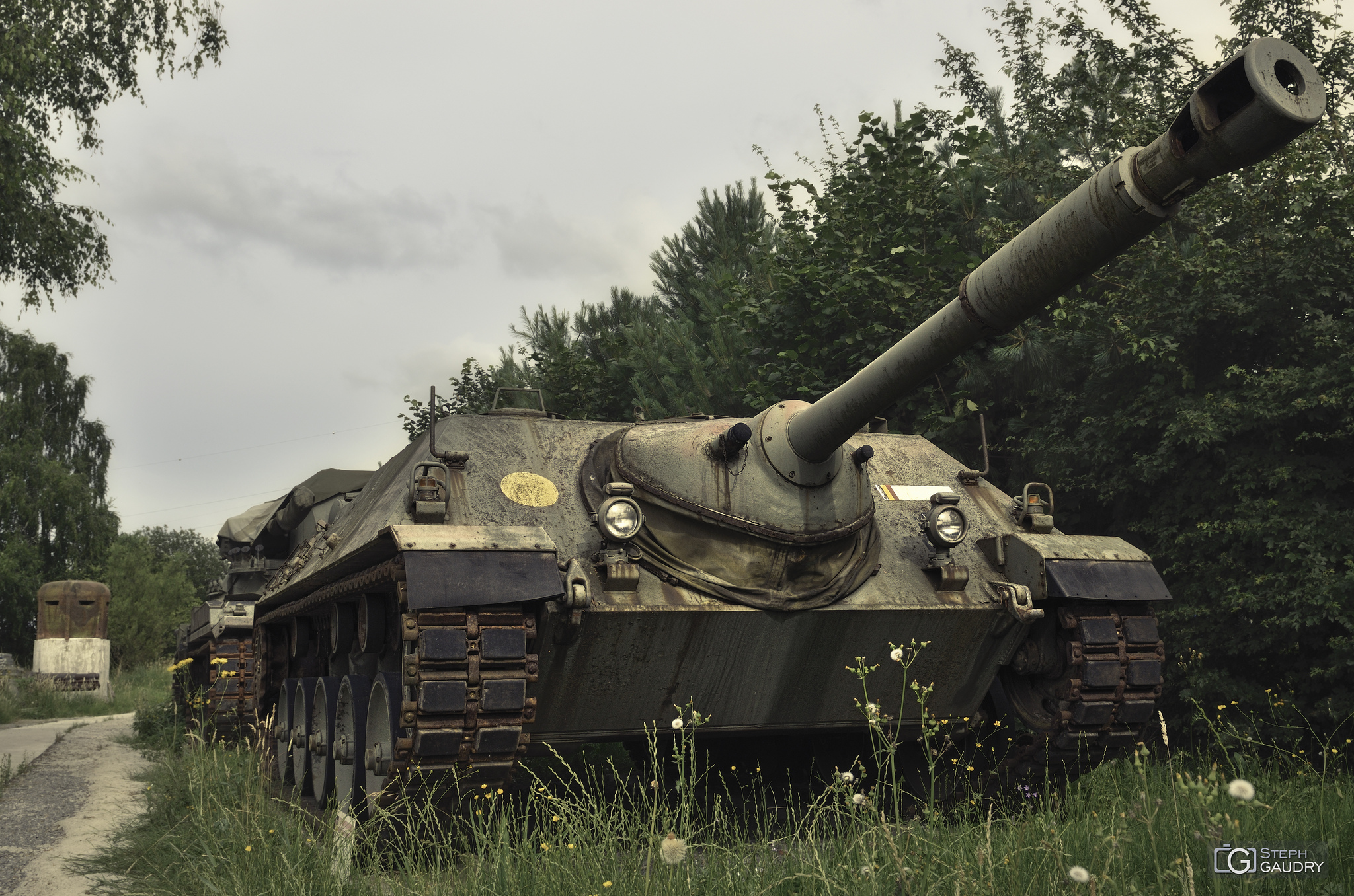 When the Soviets began deploying their T-64 and T-72 main battle tanks, the 90 mm gun wasn't capable of ensuring long-range combat and the Kanonenjagdpanzer became obsolete. Although the producers claimed it could be rearmed with a 105 mm gun, between 1983 and 1985, 163 of these tank destroyers were converted into Raketenjagdpanzer Jaguar 2 anti-tank guided missile carriers by removing the gun, adding a roof-mounted TOW missile launcher and fastening further spaced and perforated armour on the hull. Some others were refitted by removing the main gun into artillery observation vehicles, so called Beobachtungspanzer, which served most particularly in the mortar units.

Design
The Kanonenjagdpanzer was a highly mobile vehicle, its survivability based on its mobility and its low profile. Its hull consisted of welded steel, which had a maximum thickness of only 50 mm. It carried a crew of four, a commander, driver, gunner and a loader. Since the Kanonenjagdpanzer followed the casemate design of most World War II tank destroyers, the gun was fixed within the casemate, located a little right from the center. The 90 mm gun could only traverse 15° to the sides and elevate from -8° to +15°. It carried 51 90 mm rounds for the main gun and 4000 7,62 mm rounds for the two MG3s. The Kanonenjagdpanzer had NBC protection and night-fighting ability.

In the left background, we can see a GFM cloche made by Cockerill in the year 1935. It was a fixed and non-retractable firing position made of a 20 tons thick iron casting which shielded its occupant.
GFM is an acronym for Guetteur et Fusil-Mitrailleur, (lookout and rifle-machine-gunner), which describes its purpose as a lookout and firing position for light weapons.