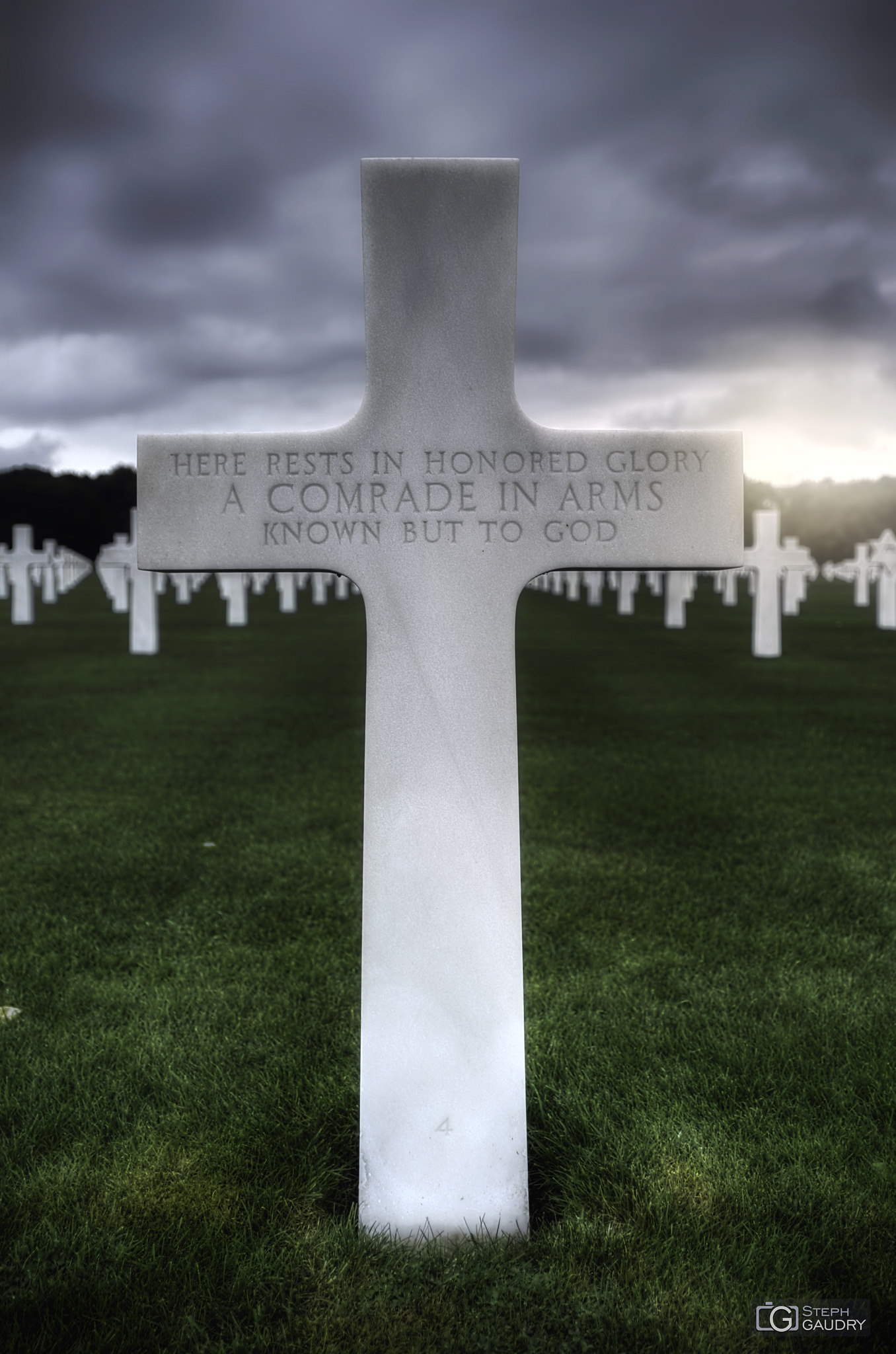 The Ardennes American Cemetery and Memorial is home to the graves of 5,329 members of the United States military who died in World War II. It is one of fourteen cemeteries for American World War II dead on foreign soil, and is administered by the American Battle Monuments Commission. The ninety and a half acre cemetery and memorial is located in Neuville-en-Condroz, near the southeast edge of Neupré, Wallonia, Belgium. It is one of three American war cemeteries in Belgium, the other two being at Flanders Field and Henri-Chapelle.

Layout and memorial
The Ardennes American Cemetery is generally rectangular in shape. Its grave plots are arranged in the form of a Greek cross separated by two broad intersecting paths. At the east end of the traverse path is a bronze figure symbolizing American youth, designed by sculptor C. Paul Jennewein. The cemetery is surrounded on all sides by stands of trees.

An approach drive leads to the memorial, a rectangular structure bearing on its south facade a massive American eagle with three figures symbolizing Justice, Liberty, and Truth and thirteen stars representing the United States. This facade was designed by C. Paul Jennewein. The facade on the far (north) end, which overlooks the burial area, bears the insignia in mosaic of the major United States units which operated in northwest Europe in World War II. Along the outside of the memorial are the "Tablets of the Missing", granite slabs on which are inscribed the names of 462 American missing (15 Navy and 447 Army and Army Air Forces) who gave their lives in the service of their country, but whose remains were never recovered or identified. Within the memorial are a chapel, three large wall maps composed of inlaid marble, marble panels depicting combat and supply activities and other ornamental features.