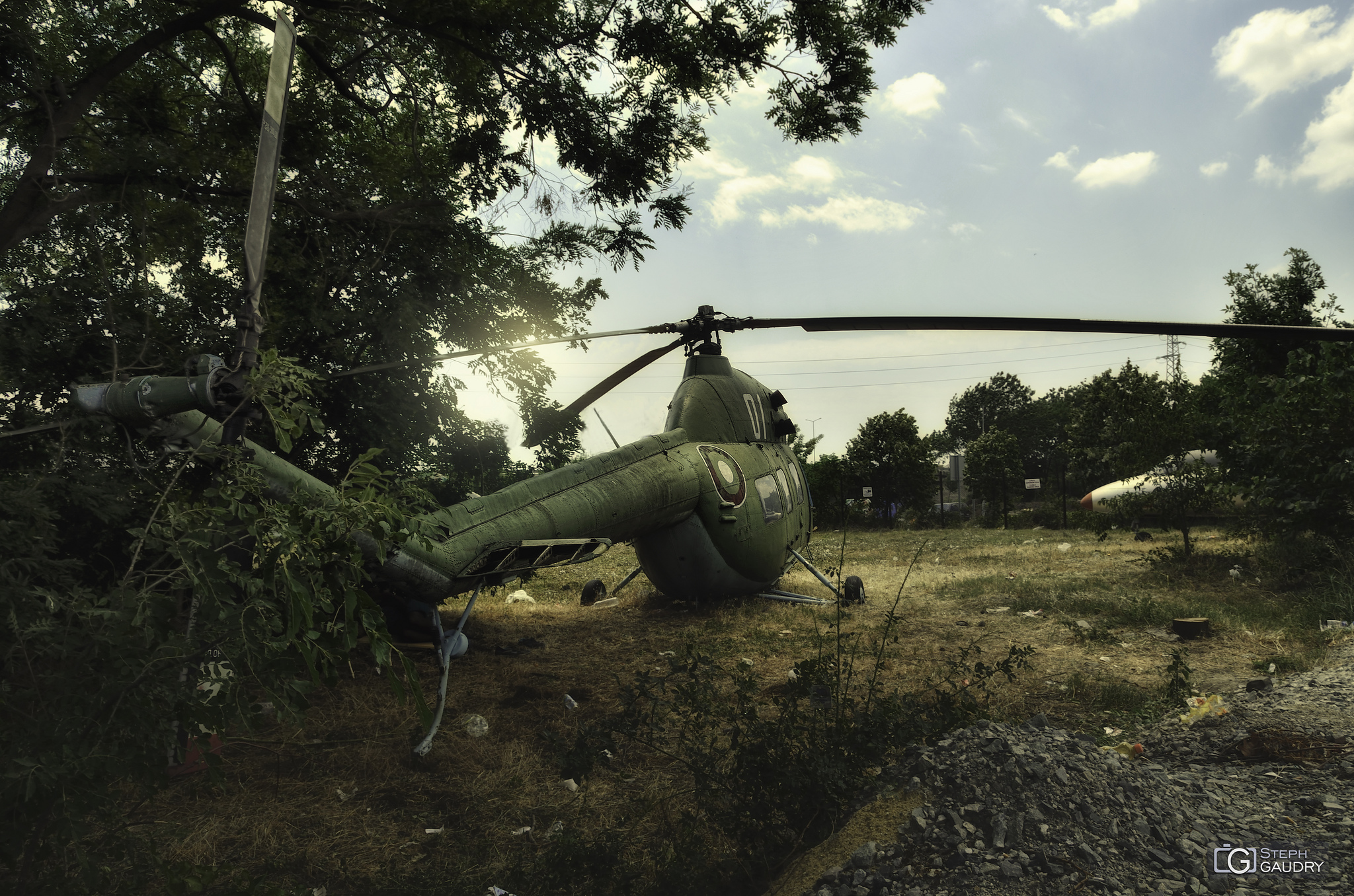 Design and development
The Mi-2 was produced exclusively in Poland, in the WSK "PZL-Świdnik" factory in Świdnik.

The first production helicopter in the Soviet Union was the Mil Mi-1, modelled along the lines of the S-51 and Bristol Sycamore and flown by Mikhail Mil's bureau in September 1948. During the 1950s it became evident, and confirmed by American and French development, that helicopters could be greatly improved with turbine engines. S. P. Isotov developed the GTD-350 engine and Mil used two of these in the far superior Mi-2.

The twin shaft-turbine engines used in the Mi-2 develop 40% more power than the Mi-1's piston engines, for barely half the engine weight, with the result that the payload was more than doubled. The Mi-2 fuselage was extensively altered from its predecessor, with the engines mounted overhead. However, the external dimensions remained similar.

After initial development at the Mil bureau (Soviet designation V-2) the project was transferred to Poland in 1964, after the first Świdnik-built example had flown (making this the only Soviet-designed helicopter to be built solely outside the Soviet Union). PZL-Świdnik produced a total of 5,497 units, about a third for military users. The factory also developed fiberglass rotor blades, and developed the wide-body Mi-2M seating 10 passengers instead of eight. Most typical kits include four stretchers for air ambulance usage, or aerospraying or cropdusting applications.

Operational history
The Mi-2 was first introduced into the Soviet Air Force in 1965. The Mi-2 is used by mainly former Soviet and Eastern Bloc countries, although it was also purchased by Mexico and Myanmar armed forces.

Most of the armed Mi-2 variants were used by Poland. Some were also used by the former East Germany (with machine gun and unguided rocket armament only).